Registering is easy. Watch a video on how to register or Click here for a step by step guide.

Since 2013, we have been running Snap Soccer Playdates for soccer clubs to help organize friendly competition with their surrounding neighbor-clubs. Playdates offer the perfect format for teams to develop their game style in a non-tournament environment.

How are playdates different from tournaments?

The point of playdates can be summarized in three categories: Player and Team Development, Relaxed Environment, and Saturday Only. We created these games with the ability to allow clubs to enter their teams from U9-U14 into a set of up to 6 games a season (12 per year) at a much lower cost than a full-blown soccer tournament. However, they are still running with the same professional event management that teams experience when they attend other Snap Soccer events.

A) Player and Team Development

The playdates are solely for development. No scores are kept, and there is no pressure on the players to win. Coaches have the ability to test out new formations as well as put players in new positions that they are not used to playing. Many times we find that clubs have a lack of contacts, adequate fields, and access to referees to be able to play other teams outside of a tournament environment. These issues tend to result in coaches using the same players in the same formations and always playing for the win due to a fear of losing.

The playdates are as relaxed as any soccer game should be. The players don’t have the pressure to WIN (even though it may be desired), the games are friendly, and the parents can just sit back and enjoy! From time to time, we have a parent whose comments or actions single them out among the other parents because the sidelines are normally relaxed. So when a team parent is being loud, shouting instructions to the players, or just not following sideline protocol, it is easy for the coach to identify and approach this parent in a non-competitive environment.

Here is a recent sound bite we heard from a coach:

“These games are for development and testing. If you keep telling your player to run up the field, it is going to confuse them on how to play the position we put them in. These games are very important to allow us the ability to teach them new positions and allow them to fail.”

As clear as can be, playdates are for SATURDAYS ONLY. No hotel stays are needed for our playdates, and families still have most of their weekend to bond away from the fields, for once.

As a club administrator, there is no stress to schedule the referees, organize the assignor, pay the referees, or deal with the management of organizing 80+ teams into a full day of soccer. Not to mention you get to be surrounded by thousands of our local soccer fans! Snap Soccer loves this environment, and it is a significant part of why we do the playdates. Seeing people gather for a day of soccer in a relaxed, laid-back atmosphere puts big smiles on our team’s face.

If you have any questions about registering – please email Zack@snapsoccer.com 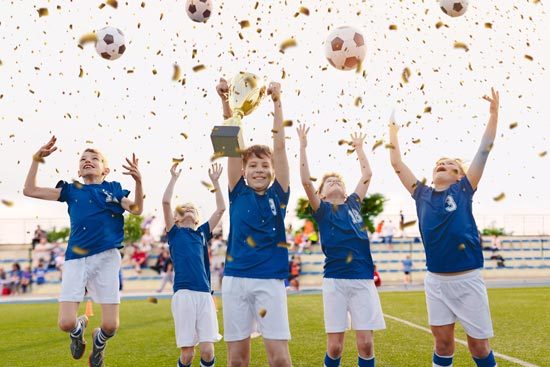